So, let me start this off by saying that I LOVE this guy’s family. We still have a “good” relationship and they are supportive of different events in my life – like my TEDx talk. Which honestly, means a lot to me.
But, what messed me up with this relationship, was the expectations created from thinking that he was the one.

When I say expectations – I mean exactly that, and I have HIGH expectations as it is…
I was 22 years old when he asked me to move to Florida with him. We had been dating for maybe 3 months at that point – and of course I said yes (duh). I was graduating with my second degree that year and I was going to be set! Or so I thought… I thought we would move to the Sunshine State and everything would be hunky-dory. Only it wasn’t.

Moving across the country as a couple, is taxing. And it’s even harder when you go from making GREAT money together, to making almost half. We worked more hours, in jobs we didn’t love.

I had 2 degrees, and a minor, that I worked my butt off to get in 4 years – and I was still stuck in the restaurant business, because NOW I needed a masters according to everywhere I applied in Florida…

I know our age didn’t help either… However, all of that, plus the fact that we were living with his brother at the time – eventually led to us splitting up only a few months after I moved down. Of course, there were some other contributing factors, but such is life.
We split right around my birthday actually, and that was roouuugghhhhh. 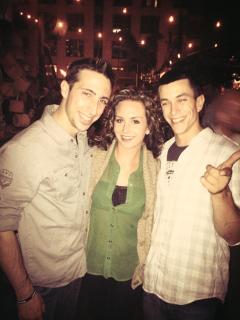 Now, don’t get me wrong – his brother is great, like I said earlier, I really like his family. But, as a couple when you’re trying to figure your own stuff out together, adding ANYONE else’s stuff to the mix, gets complicated and makes things more difficult. Family though, is always harder; just for the simple reason that it’s family.
When you’re first living with someone it should be you and that someone, no one else. You need to figure your own lives out (together) before you add anyone else to the mix (just my advice).

I’m telling you all of this so you can understand some background. Had to build you up so I can break it all down ❤
This relationship was wonderful in so many ways. He was honest and respectful. We could talk forever, about anything and everything. He has

the biggest heart and he was always supportive. This is “the relationship” that I compare other relationships to. And I’m not saying that’s right – but, it is what it is.

He bought me a promise ring before we moved to Florida. The ring was a Valentine’s Day (cliché but cute) present.
See, he moved before I did, because I had to finish school. So, he met his brother down in Florida and I moved down after finals (I didn’t walk so I could move earlier).
To this day, I’m not sure if he gave me the ring because he wanted to, or because he thought he needed to. Either way, I had one… At 22 I moved across the country with, and for, a guy that I honest to God thought was “the one”. But, it turns out, he wasn’t.

How can our radar be that skewed? And don’t get me wrong, I’m glad we split before we got married or had kids or whatever – but to go from thinking you’re with the person you’re going to spend your life with, and 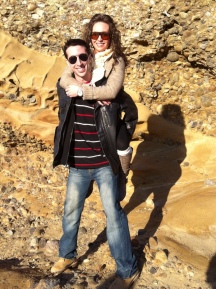 I had all this planned out. I had time to get my MBA before all this happened and was getting my residency in Florida – everything was going to be perfect.
But, that’s not life sometimes. We make all these plans and then we fall flat on our faces when those plans don’t happen. I got into some dark places after our split. That was part of my ultimate decision to leave Orlando. I needed more light in my life. I needed space to rebuild the pieces and figure out who “Ashley” was without all these plans and this other person attached to me. 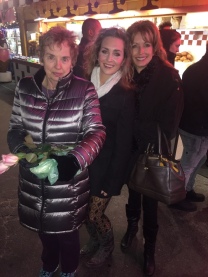 expectations of where and who I would be. And to not be there, and to not be that person, really bothered me.
I cried the night of my 25th birthday. After spending a beautiful Thanksgiving dinner with my family.

I’m going to be 27 this year, and I will graduate with my MBA in Organizational Behavior this December. I don’t think that “kids by 28” thing is going to happen since I am a bit of a traditionalist and would like to be married before I bring rugrats into this world.
But, I’m finally ok with where I am at. It has taken me a while and has lead me down many bumpy paths. But, I’m here. I’m finally happy with who I am.

I’ve finally learned that broken expectations and unfinished plans aren’t the end of the world. You can’t allow those pieces of life to define you. You are SO much more than that.

Let’s get REAL about our expectations.
Let’s get uncomfortable and figure out how to better our lives, by letting go of what needs to be let go.

2 thoughts on “Uncomfortable: When You Think He’s “THE ONE” but He Isn’t”

TEDxUofNevada Bio
RGJ: Globalizing Reno's Big Ideas Worth Spreading
Ashley Evdokimo - TEDxUofNevada: Do you know how you want to die?

Ashley Evdokimo (AshEvdo AKA Smashly) completed her MBA at the University of Nevada, Reno in December of 2017 with a concentration in Organizational Behavior. Ashley was the Road to TEDx student speaker winner in September 2016, and spoke at TEDxUniversityofNevada in January 2017.
She currently resides in Phoenix, AZ and is an Integrated Marketing & Digital Merchandising Manager for Guns.com 👍

Ashley is passionate about growth and helping start those awkward, uncomfortable conversations we tend to shy away from. So, let's uncomfortable together, shall we? As growth truly develops through discomfort.
Let's get some REAL talk goin' here - with AshEvdo.

Questions, comments, concerns?
Please feel free to email me at ms.ashevdo@gmail.com to share your stories, private thoughts, heartwarming successes or heartbreaking failures. You can also visit my Contact Me page and shoot me a message from there.
Your adventures, your heart and your history are the reason I do this. We each have a past, a present and a future. I would love to hear from you and be a part of yours <3
Loading Comments...
%d bloggers like this: